When I was a child my mother would tell me that America is made up of different patches of people but sown together we make a beautiful quilt. I think of these maps as this magical quilt. This idea, in part, was the inspiration behind this series and with a little inspiration from the Ocean Park series by Richard Diebenkorn.

Read 12 Reasons Why Now is the Time to Create Art

The Basics:
Born near the beach in New Jersey I moved into New York City and fell in love with art. After too many winters I moved to Los Angeles. I create photographs, paintings, drawings, sculpture and design. I live in Los Angeles with my wife and invisible dog, Rusty.

Statement
All of my paintings tell stories, even the abstract work. Many stories are basic narratives other are metaphors, some are symbols. I begin almost every piece without trying to create a specific image. I attempt to forget what I know until I discover a theme to pursue or until it resembles my vision or mood. Starting a piece without knowing the outcome keeps the work honest. I work until the painting seems to breathe on its own.

My work draws from the diverse cultural and geographic makeup of my American roots. My work explores my relationship with the space, colors, lines and textures from my particular urban experience. Working with traditional and digital mediums, I create and destroy using angles, lines both abstractly and representational. When done well my work should grab you and make you feel nostalgic or happy, sad or inspired an. it should always arouse the power of art… that momentary beauty found in a poetic glimpse of something that is indescribable.

2015
• Co-designed a shirt with Joao Cowperthwaite to in cooperation with the film ‘Blackfish’ to raise money for the Humane Society of the U.S.

2009 – 2020
• As VP of Marketing for an independent Hollywood entertainment company I created and managed websites, social media, strategic partnerships and design
• Associate Producer for various TV programs (IMDB)
• Created and produced a sponsored integration during the Daytime Emmys on CBS Television

2000
• Chaotic Space Purchased by the West Collection/ SEI Investments Company. PA [The art works from the West Collection are on long-term loan to SEI. West Collection has built the collection in a 15 year period with SEI’s audience in mind, but also with the sole mission of finding the most compelling contemporary works available by leading international artists.]
• Whitney Museum of American Art, ‘Annex (Staff) Exhibition’, N.Y.C.
○ Columbia University, Art History Seminars 1850-1950 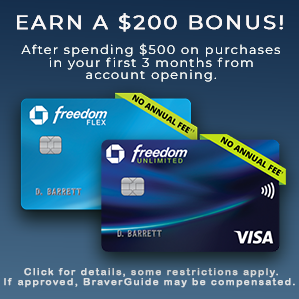